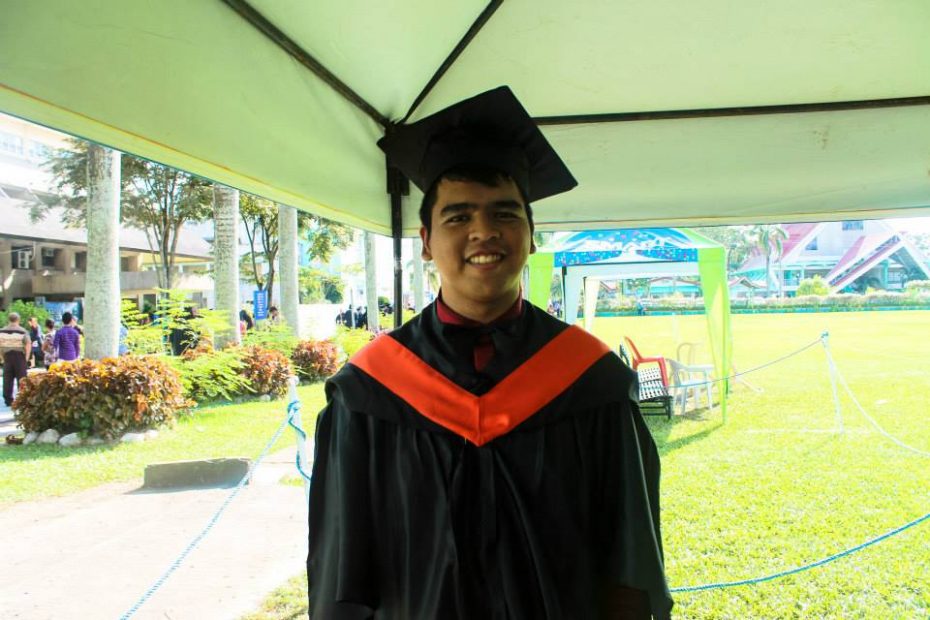 “I was an honor student in high school. I don’t know what happened when I entered engineering.”

I first had this emotionally destabilizing thought when I was in the middle of my engineering education. At the time, I felt defeated by my major subjects, one of which had lost me my full scholarship. That was a moment of reflection for me. I had to ask questions that boiled down to how I got to the downward spiral with my academics.

My grades in high school were relatively above average, bragging aside. I could not say I am the best academically though. But I was one of those students who were driven to perform well in class participation, get the good exam scores, and make great projects while still in touch with my extra-curricular activities. From the high school where I come from, there is not much competition between the cream of the crop, or in our class at least. It was not within my expectations to graduate as Class Valedictorian especially when I never got to be number one ever before only until the last high school grading.

Upon finishing high school, I arrived to the decision to pursue an engineering degree. At first I was torn between civil engineering and information technology, but the latter went down the drain when the university I was applying for seemed to have a strenuous admission process. I was discouraged to take that route. So the situation obliged me to enroll for civil engineering in a locally famous university, with which my admission process sailed smoothly. More than that, I figured that I have an inclination with my math and drafting subjects so I thought it would be a course fit for me.

I embraced my first day of college with a challenge. In my mind, I represent the high school where I graduated top of class so the pressure to deliver was there. There is no way that I am going to waste the scholarship that was bestowed upon me, so I was driven more than ever to survive engineering especially in a well-attended university.

Early in college, I took general engineering and minor subjects that were somehow manageable. I was able to get grades that range from average to best depending on the subject, enabling me to maintain my scholarship. I recognized the fact that the subjects were not going to be easier, as they truly were semester after semester. But that foresight unfortunately just didn’t prepare me enough.

I found myself hopeless after I hit a low mark with my first major subject, removing me from my scholarship. This is why I had never forgotten about Strength of Materials. It was a struggle to deal with that subject. I almost flunked it but I managed to redeem myself in the final exams.

Getting to that stage in engineering was disheartening to the point that nothing pushes me to excel anymore because I no longer have a scholarship to maintain. My focus was no longer as sharp but I tried to restore my game and kept moving. I cannot keep on disappointing myself so I have to pick up the pieces and put them back together again.

So I did. I joined the ranks of average engineering students. And I couldn’t care less.

Several other difficult subjects later, failures in exams here and there, a project study, and everything in between, I went on to become a registered civil engineer three years after that awakening.

One important thing that I learned from that unexpected pivot in my engineering life is this: seasons change.

You may rise to the highest of highs one day and fall to the lowest of lows to the next. There is no guarantee that you will stay at the top or at the bottom, and it’s all about controlling what you can do – that doesn’t include the past. Don’t dwell on things you cannot change.

I may have not used my scholarship in my entire college and disappointed my parents for it, but that’s fine. Some people may say that I have become a failure because I did not excel as much as I am expected to, but that’s fine (and that’s not really my problem). What’s important is that I rose to the occasion, moved past that stage in my life, and learned my lesson.

We are responsible for all the inevitable downfalls that come to us. All of us deal with those at certain points in life. The difference lies in how well we manage to stand up or choose to fail again. It’s a choice only us could make.

My advice for engineering students who are or have been in the same situation is to not look at the transition as something to be a bad thing. It’s okay that you were a academically superior way back who lost your shine.  That’s life, get over it. But don’t stop there – prove to them that you can glow again.

Engr. Dion Greg Reyes wrote this in November 2016 when he was a Junior Editor in GineersNow. He studied at Central Philippine University in Iloilo City, Philippines. And he will never forget Strength of Materials.