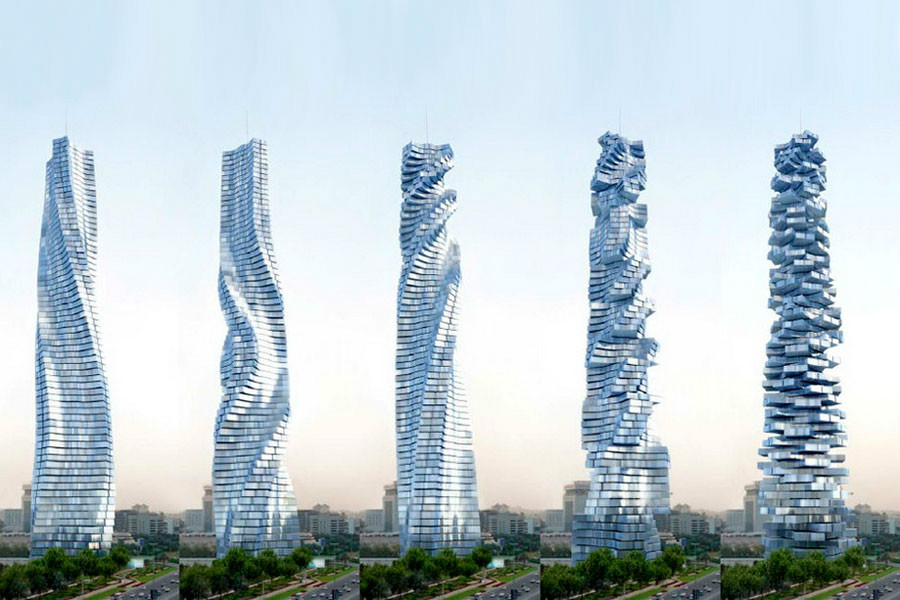 Architect David Fisher envisions dynamic buildings like the world’s first rotating tower targeted to be built in Dubai. The idea started in 2006 with news that the project will open in 2020 until the pandemic happened.

The rotating skyscraper is supposedly 1,378-foot tall with 80 storeys, with each floor able to rotate 360 degrees in both directions within three hours. Total project cost is pegged at Dh 2 billion. Once completed, it will serve as a mixed-use building: as an apartment, a hotel, and retail space.

With this kind of design, engineers will be challenged to construct it. Especially that the visionaries said the floor’s movement can be activated using voice command.

Proponents of this building said that the rotating skyscraper will mostly be prefabricated, except for the concrete core. The prefabricated units will arrive on site already completed, and will only require “mechanical” installation which saves construction time and cost. According to the Dynamic Group, the tower’s designer, each floor is aimed to be completed in only 6 days.

It doesn’t stop there: the building is revealed to feature wind turbines that are placed horizontally between each floor as well as solar ink on the roofs of the structure. The goal is to make the tower sustainable and self-powered.

As of writing, the world’s first rotating building has not yet taken shape and remains a concept.