Philippines, It’s Time We Bury All Our Electric Cables 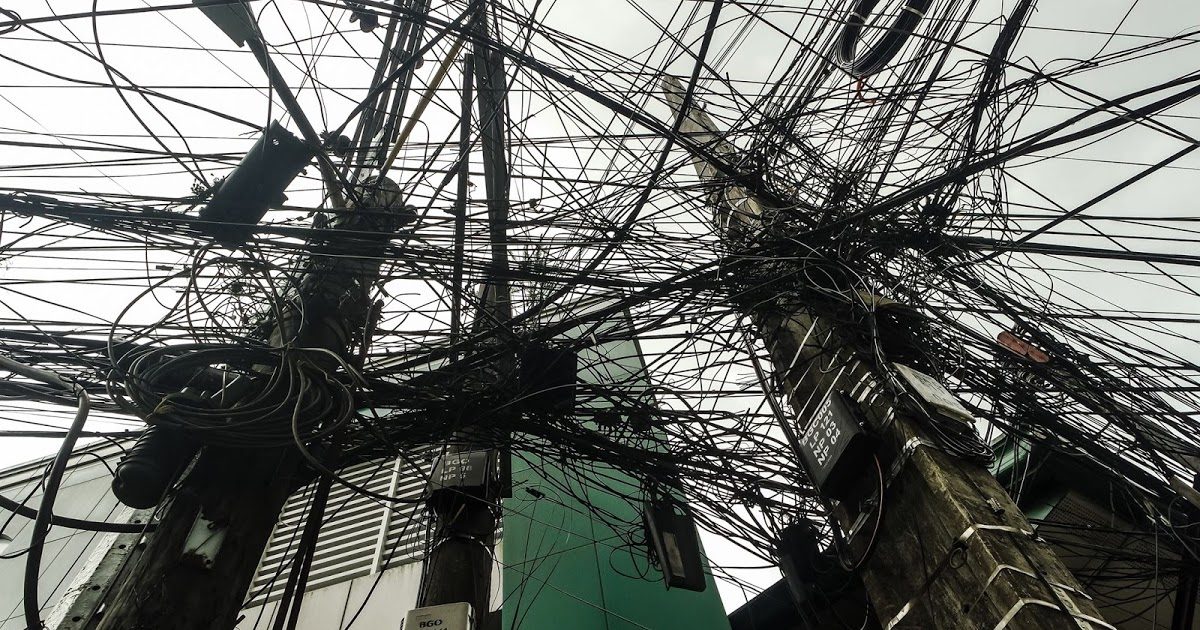 When the newly-acquired P 435-million Bell 429 chopper took off in San Pedro, Laguna in March 2020 containing seven police personnel including then Philippine National Police chief General Archie Gamboa, the surrounding area got dusty causing zero visibility particularly to the pilot. Few minutes later, the flying vehicle reportedly caught on a high-tension wire and crashed. Two passengers were critical and the rest were stable.

Two months before this incident happened, a congresswoman initiated a bill which mandates installation of underground cables instead of putting up power lines above the ground. She renewed her call to prioritize the bill following the misfortune of the police personnel. “It is really high time for the country to relocate and place all cables underground. This incident has proven how unreasonably risky overhead wires are,” said Bagong Henerasyon party-list Representative Bernadette Herrera-Dy.

Called the Nationwide Underground Cable System Act, the bill has not been picked up since by the congress. But she made some great points in January 2020 when the House Bill 5845 was introduced to the Lower House.

The party-list representative argued that during natural calamities like the eruption of the Taal Volcano, which was fresh at the time, as well as typhoons and earthquakes, we do not have to worry about the power interruptions brought about by disturbed or disconnected power lines. It is already terrible to experience such disasters, more so when there is no electricity, leaving an immense impact to the lives of the people.

Furthermore, she advocates underground cabling for its aesthetics. “Not only is underground cabling more secure from volcanic ash, strong winds and floods, it would also enhance the architectural beauty of cities and towns, make them more livable environments,” she said.

Her suggestion came with a plan. It involved the private sector, the National Electrification Administration, and the local government units. With feasibility studies, she said that it can be done in phases nationwide over 10 years.

But is it possible especially for densely-populated cities in the Philippines?

Convincingly, she said yes. Mentioning Davao City, Cagayan de Oro City, Cebu City, and Baguio City, which have realized this move to hide their utility cables below the ground and made some initiatives about it ahead, Herrera-Dy is positive that others can follow suit.

No doubt that the idea is great. But it comes with certain limitations in its implementation, particularly in economic and engineering perspectives.

To overhaul the existing power lines, it entails cost – an amount that can exhaust the national budget. For this she proposed that the private sector will shoulder all expenses for the underground cable systems, with support from the government through foreign financing from multiple sources and possible the issuance of bonds. However, this investment might not be as attractive since estimates show that constructing underground transmission lines ranges from 4 to 14 times more expensive than overhead lines of the same voltage and same distance.

Other than the concern of cost is the concern of installation of underground cables, including their maintenance, repair, and modification. For overhead power lines, this is not much of an issue since they are erected on top of the ground, but when the cables are to be beneath the ground, it is a challenge to lay them all out considering the routes that will be traversed are usually along the streets. Once installed, identifying problems in the cables is a different kind of trouble particularly if without smart grid technology, and finding access to the fault is one greater problem as that is often disruptive.

The question now begs: Do the long-term benefits of changing our power line infrastructure from overhead into underground outweigh its disadvantages?

Only feasibility studies could tell that for every location. But for Davao City, which underground cabling project is 62% complete by May 2019; Baguio City, already on the move with its undergrounding efforts; and Cebu City, which announced in September 2017 that all their power lines are going underground with some phases already completed to date, it is safe to say that it can be done.

However, to institutionalize it is another story.