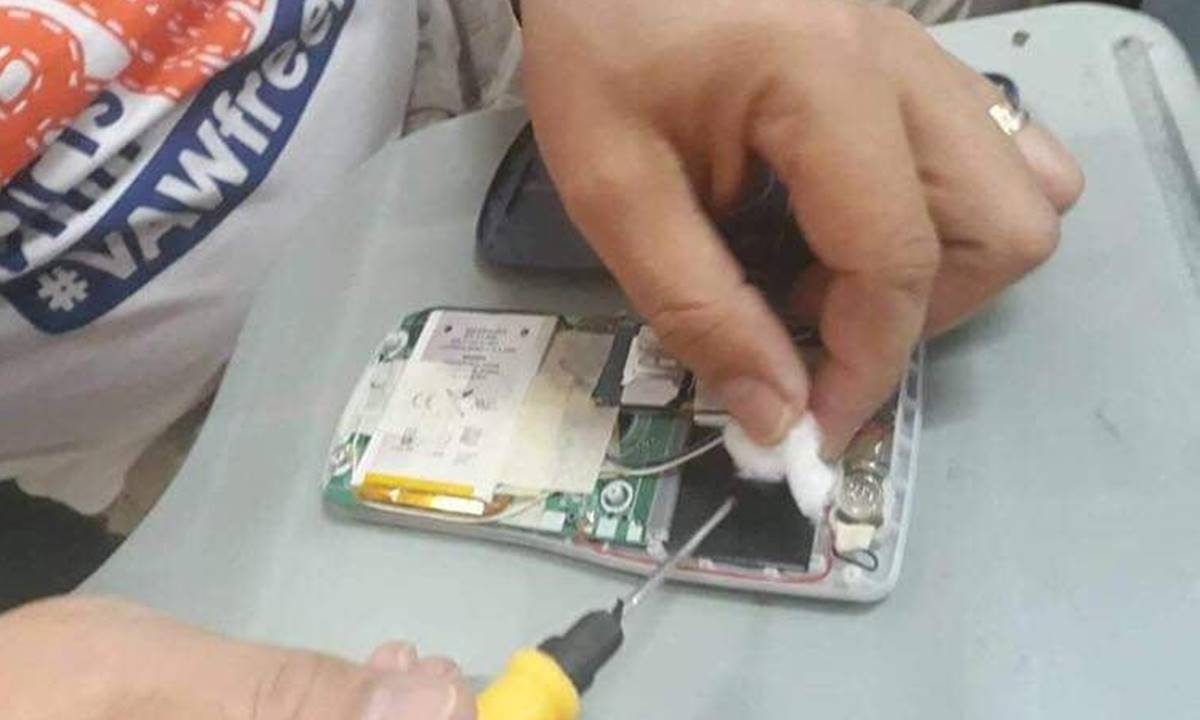 The PRC only allows certain models and brands of scientific calculators for the licensure exams. But not one among the list indicates a specially-fabricated one.

Few aspiring civil engineers who took the board exam in May 2019 attempted to use exactly just that. Reports spread like wildfire among civil engineering groups on Facebook saying that some takers from the testing site in St. Jude College in Manila were caught using a modified Casio 991-ES Plus, with a communication feature through a sim card.

Some say each calculator was worth P 100,000.00, others estimate it to be P 200,000.00, and that a total of 11 takers were allegedly involved in the connivance that easily became the May 2019 CE Board Exam scandal. Police were seen in the examination site’s premises to investigate on the matter and were able to confiscate the customized calculators.

One of it is below, disassembled.

It shows a battery pack, a sim card, and some wiring.

If you open a typical Casio 991-ES Plus, the then-standard calculator of engineering students and engineering board exam takers, we are pretty sure it does not have a piece of cotton inside.

As to how the calculator works, we are not sure.

The names of the takers were not identified, but one thing is for sure: they will be banned to take the licensure examinations forever, and they will live to regret the day that this shortcut has been chosen instead of pouring in the hard work to become a dignified licensed civil engineer.

Following this incident, the Professional Regulation Commission released a memorandum to overhaul the list of all allowed calculators to be used in the Civil Engineering Licensure Examination moving forward. The Casio 991-ES Plus was among those removed.

Expectedly, this new rule was faced with a lot of backlash considering majority of the engineering graduates had used and practiced with the exact calculator model, only to be changed before their board exams. With the complaints falling on deaf ears, the exam proceeded using only the newly approved calculators.

How the civil engineer aspirants came up with the outrageous idea remains a mystery. But many could not help but think that the attempt might have been a lame imitation of the Thai movie “Bad Genius,” which became a hit in the Philippines in the months leading to the May 2019 CE Board Exam.

All photos belong to the rightful owners.