Home » Explained: The Controversial Bridge with No River in Leyte, Philippines 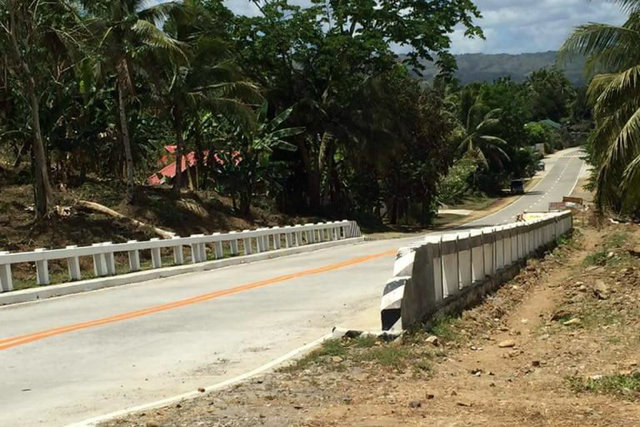 At the height of the campaign for the May 2016 elections in the Philippines, netizens took to social media about the different issues of the candidates and the political parties. One Facebook user by the name Lito Quesada posted a photo of a ‘bridge with no river’. He poked fun that it was a government project allegedly tainted with corruption of then administration.

That photo became viral in social media and television news. It soon reached the concerned office of the Department of Public Works and Highways (DPWH) District Engineer of Southern Leyte Ma. Margarita Junia. As expected, she defended the river-less bridge, which is actually a slab bridge.

She addressed the issue to Mr. Quesada through a Facebook post saying that residents in the area know very well the numerous reblocking, embankment, and slope protection projects implemented in that particular section of the road, but kept being destroyed by the heavy rains.

It was later discovered that in that area, as claimed by the district engineer, there is a fault line and an underground watersource. This made it impossible for such solutions to last long. The district also consulted a geologist in 2012 and found that soil is made of very fine clay.

But Southern Leyte Times revealed that Mines and Geosciences Bureau (MGB) chief geologist Valentine Narido went to the area upon reading the post. He inspected the bridge and saw no evidence that there is a fault line in the area of the bridge.

He added that the DPWH would have sought a permit from the MGB if there was a fault line in the area before constructing the bridge.

Solution to a Long-Term Problem

Meanwhile, District Engineer Junia shared through an interview with Rappler that the section has collapsed three times already. She told that it was first under construction around 1990s with Japan International Cooperation Agency (JICA).

To fix this long-term problem, the DPWH Southern Leyte District Engineering Office built a slab bridge in that section of the road. This engineering solution should stabilize the soil underneath.

According to District Engineer Junia, this saved them millions of pesos worth of road repair works and protecting lives and properties.

She went on to make a Facebook public service announcement, “Please be informed that bridges are not constructed for rivers only. Overpass is a bridge, but there is no river underneath.”

After she made this response, Mr. Quesada had taken down his post or set it to private.

1 thought on “Explained: The Controversial Bridge with No River in Leyte, Philippines”

previousIf You Have a Groundbreaking Idea, Best Thing to Do is to Build Your Own Startup Today
nextBefore Everyone Else Did, a Filipino Engineer Has Created a Video Phone