Home » What Happens if A Person, Once One of the Smartest in the World Chooses to Live a ‘Normal’ Life? 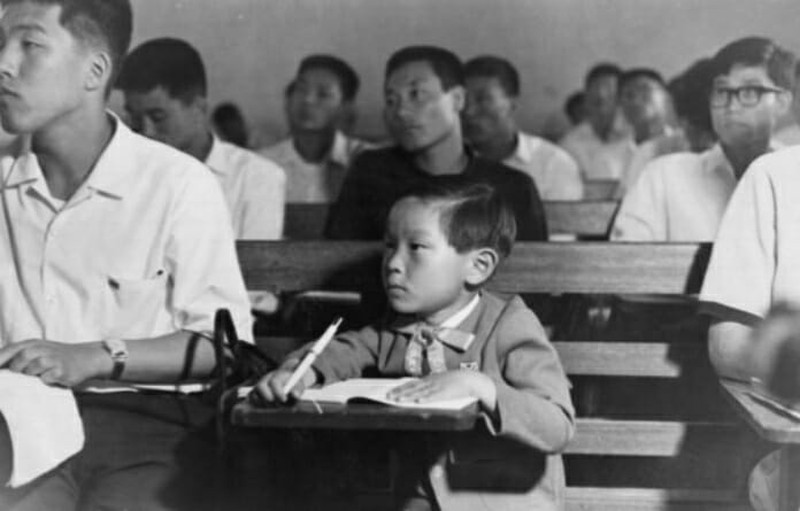 When one is discovered to be a genius immediately after birth, it is expected for him or her to do things beyond the normal age like learning mathematics, speaking several languages, and attend the university way earlier than the rest. This means not living a regular life and dealing with different matters prematurely.

Former child prodigy Kim Ung-Yong wants to tell the world that while he did not choose to live the advanced life when he was young, he realized later that “being special is not as important as living an ordinary life.”

Kim was a gifted boy. He was listed in the Guinness Book of World Records under “Highest IQ” with several proofs.

At only 6 months old, he started to speak. Two months later, he already understood algebra.

When he was 2 years old, he was fluent in 4 languages – Japanese, Korean, German, and English. At the time, his IQ is at 210. Another year added to his age, he mastered even more languages.

His parents did not waste any time and sent Kim to a university at only 4 years old. For that, he reached the news headlines and made several TV guesting. In one Japanese TV show, he solved intricate mathematical equations on a live audience.

Being able to start early at school, he also finished early at 15 years old.  Kim was scouted by NASA even before he graduated, so he was able to serve the space agency for four years as a researcher.

“When I was in NASA, every day I just repeated daily equations and research. I had no friends, I was lonely and exhausted. I lost a sense of purpose along the way. And I discovered that there is really nothing special about being special,” Kim revealed in an interview as an adult.

No longer happy in his stint at NASA, he decided to return to South Korea only to have his people call him “a defective genius”.

Despite the criticism that he got from the public, he decided to pursue his education at a local university.

Kim got the life that he dreamed of, at least in his adulthood, away from the spotlight of being a former child prodigy.

In 2007, he served as adjunct faculty at Chungbuk National University. And in 2014, he became an associate professor in Shinhan University and the vice president of North Kyeong-gi Development Research Center.

Now content with how his life is going, Kim wished that he could take back the time he spent when he was not yet able to decide for himself. For that, he offered an advice to parents to let their children decide for their fate and not push them to become geniuses.

“Every individual has their own learning to do step by step. The best thing you can do for your children as parents is to support and guide them to achieve their goals one by one, on their own. By going on their own journeys, they will eventually discover what they would like to achieve in their lives.

“A parent’s primary focus shouldn’t be about pressuring their children to get straight A’s or to follow all the social orders. Just keep watching them and let them find their own meaning in life,” he shared.

When it comes to having a high IQ, Kim insisted that it is pointless when one misses the ordinary life experiences like building human relationships.

He said, “People always try to be somebody special by neglecting their ordinary happiness. But they should know happiness means ordinary things that we take for granted, such as nourishing friendships, sharing memorable moments with friends at school and so on…I couldn’t have these things even if I wanted to. This is why I know that what I’m saying is important.”

Kim added that it’s not only about the educational background for one to prove his or her worth.

“We are doing unnecessary things to become a successful man or a so-called ‘genius’ to be accepted by our society. Having friends, attempting something new or even failing something is already a meaningful life lesson. Unfortunately, people only focus on results rather than their experience of going through the process.”

The first version of this story appeared on GineersNow in April 2017 when Engineer Dee was an editor-writer there. This article has been revised and updated accordingly.