Now a Registered Civil Engineer, He Used to be a Barangay Tanod at Night 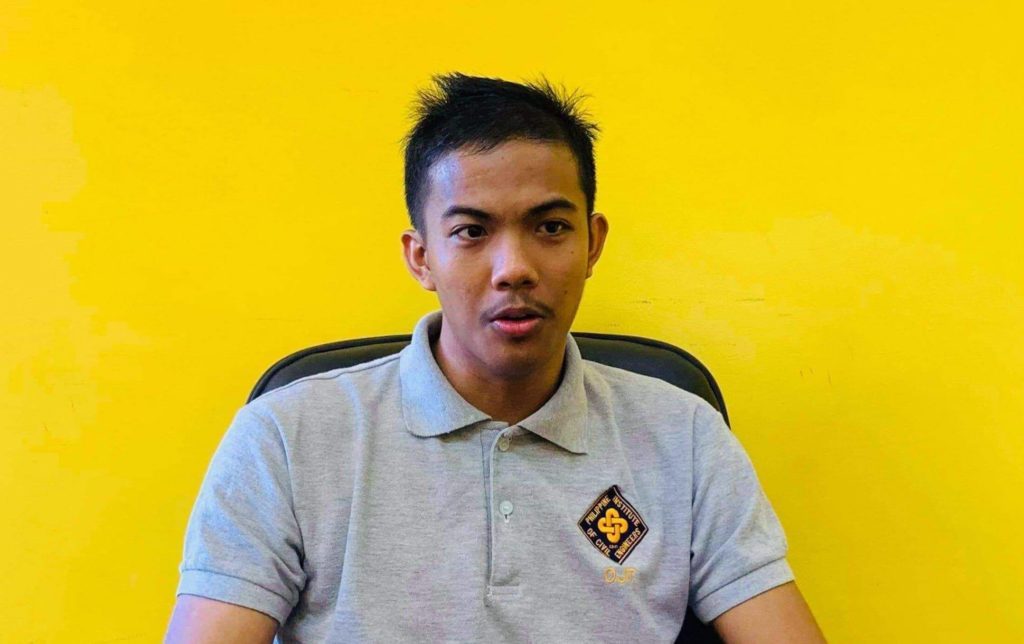 When you are not born into a life of privilege, you have to work harder than everyone else to be able reach some success in life. You have to be willing to sacrifice in order to make ends meet.

In Janryl Judilla Tan’s life, this could not be any truer.

At 18 years old, Janryl became a barangay tanod (village watchman) in Barangay Kalubihan, Cebu City to support his civil engineering studies. Although a scholar of the Commission of Higher Education which allowed him to receive P 15,000 per semester, this was not enough especially that his family’s source of income was limited – Janryl’s father, Jerry, is a member of the Lupon Tagapamayapa (Pacification Committee) in the same barangay getting only P 6,000 a month, sometimes working as a habal-habal driver to provide food on the table; and the family, without a permanent address, lived in a room on the fourth floor of the barangay hall without rent but with consent of the officials.

It helped the Tan family that Janryl was diligent in his schooling. This showed in his basic education by finishing as top of class in both elementary and high school in their hometown in Alubijid, Misamis Oriental, where he had relatives to stay with. Janryl was born in Cebu City and according to him, he spent some part of his early childhood sleeping on the side of the streets. His mother did not stay with the rest of the family and was mostly in Mindanao.

He was resilient in most parts of his life. But Janryl will never forget the time when his two brothers, one older and one younger than him, died five years apart due to dengue fever.

In 2014, Janryl took a leap of faith and went back to Cebu City to pursue his dream to become a civil engineer as the course was not offered back in Alubijid. His main motivation with this career path was for him to build a house that they can call their own.

This was the same time he decided to become a barangay tanod to support his family. He worked from 5pm to 12mn doing tasks like apprehending people carrying deadly weapons, logging in barangay blotters, and monitoring the CCTV systems in Barangay Kalubihan. Later he was appointed as secretary of the Sangguniang Kabataan which gave him additional P 2,000 monthly honorarium. Big help for someone like him who was financially challenged.

In this journey, only few people knew about his sideline in the barangay, but he was never ashamed of it and was supported by his peers and fellow workers in his community.

In November 2019, Janryl took the civil engineering licensure exam and passed. Needless to say all the blood, sweat, and tears were all worth it for him, and now, he is a step closer to building his dream house.

When asked by the local media on tips about how others can achieve the same success in life, he said that they should trust themselves that they can make it. To persevere amid adversities is a valuable trait.

For Her Environmental Research Work, Filipina Engineer Becomes One of ‘Asia’s Rising Scientists’