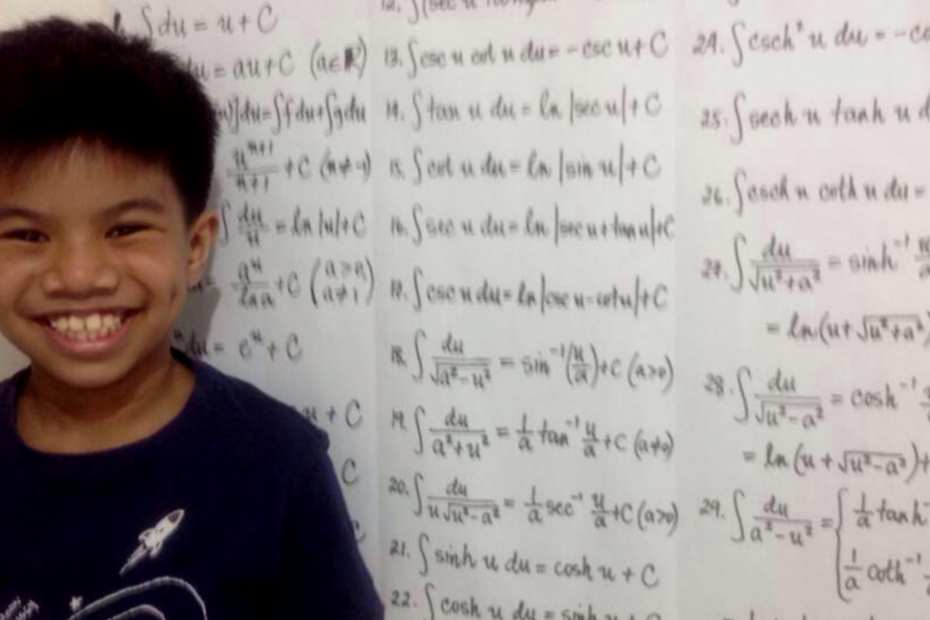 He is that child prodigy that got featured in various television shows and got viral on social media sites in 2017 until the following year for attending a college-level Calculus class (Math 54) in the University of the Philippines – Diliman. His classmates, mostly engineering sophomores, were instant fans posting photos of or with him, despite that the then-8-year-old outperformed him in that class. Io, as he is often called, was dubbed as the “Calculus Whiz Kid” when he was only in Grade 3.

Remarkably a genius, he is a decorated math wizard who competed in math Olympiads worldwide, often bagging medals. He was the gold medalist in the Hong Kong International Mathematical Olympiad in 2019, in which he also won the top place a year before. Other than this, he competed in math competitions in Thailand and Singapore and brought home honor.

If he wasn’t doing math, he went around the Philippines and the world to compete in chess or in Sudoku, almost always ending up as a finalist or in the championship. He got bronze in the 2019 Asia Sudoku Championship and tied for 2nd place out of 60 players in the Rapid Chess Championship 2019 in the 18th Malaysian Chess Festival.

He was born with a gift. This was discovered early on having the ability to count from one to 100 and memorize around 20 national flags at age 2. His impressive memory was harnessed further by his parents so he was introduced to complex mathematics as early as 5 years old. It was only when Io was six when it was discovered that he had computational skills of a 19-year-old after running some tests.

Io is also excellent in music. He plays the piano, guitar, and violin with a YouTube channel of his own displaying these skills. He studies at Balanga Elementary School where he is also a student council leader.

Both his parents are professors at UP in Clark, Pampanga, with his father Ianne doing Ph.D. coursework for math. His mom Melissa said in an interview with Inquirer in 2017 that they don’t like to pressure the young Io.

“Of course, we encourage and nurture his talents: We get him tutors, we let him join contests, we bring him to UP. But what we want is for him to enjoy his youth.” The same support is given Io’s father who swaid, “We don’t want him to think he’s obligated to perform at such exceptional levels. But we also don’t want to snuff out his curiosity. We simply encourage him to do what he wants: math and music.”