Home » To Withstand Hurricanes, Roofs Should Be Concrete and Monolithic

To Withstand Hurricanes, Roofs Should Be Concrete and Monolithic 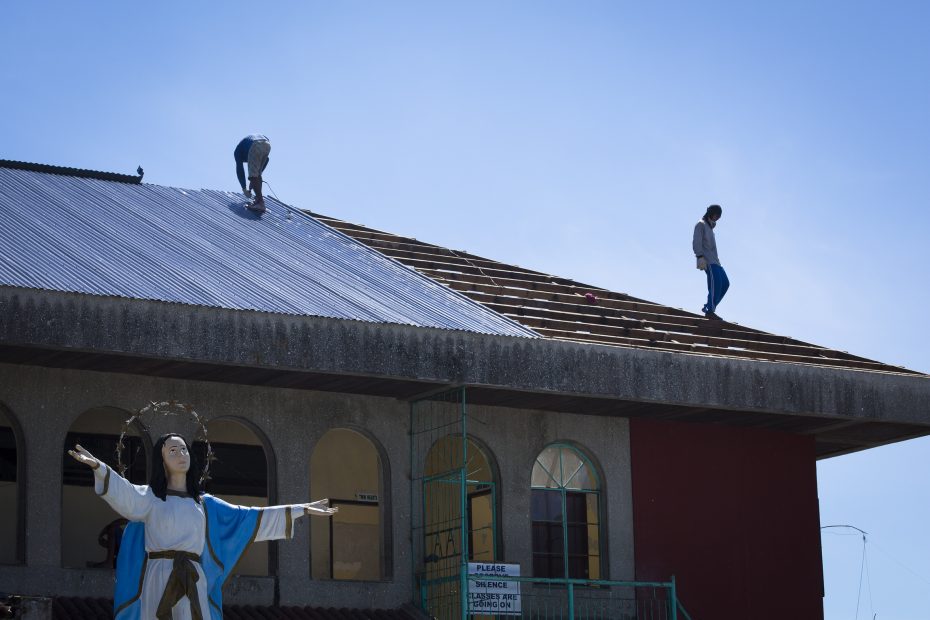 Roofs are structures forming the upper covering of a building or a house to protect against rain, snow, sunlight, wind, and extreme temperature. Typical roofing designs have individual shingles, barrel tiles, nails, and wooden trusses, which are often easily damaged by forces of nature like hurricanes or typhoons.

A professor from Florida International University agrees. He developed a hurricane-proof concrete roofing system that aims to replace the conventional roofs that engineers build. He has already applied a patent for it.

“Why have so many elements?” the civil engineer asks. “Any weak link creates a domino effect,” he added, referring to the fact that any mistake in roofing installation could lead to serious damage during hurricanes.

His roofing solution is a monolithic structure. It is essentially concrete panels joined together, each of which are about 4 feet wide and up to 30 feet long with a thickness of an inch and a pattern like a wave.

The panels are pre-fabricated but connecting them is done on site. The roofing structure is formed with the panels interconnected by joints and secured to the buildings masonry block through a steel strap or metal rod. It is constructed in the sloped shape which is normal for roofs.

Such rooftop is also flexible in terms of colors as dyes could be incorporated in the mixing of the concrete. Like a red one could display a clay tile effect.

Chowdhury explains that manufacturing the panels in a factory allows for the kind of quality control that is often impossible with current roofing systems, the integrity of which depends largely on the skill of installers.

Meanwhile, the panel rooftop has a price tag comparable to the total cost of all materials in traditional roofs.

In terms of labor costs, this concrete roof is also expected to be much lower as the work to complete this roof takes less time compared to those with the traditional ones.

The selling point of Chowdhury’s roof is its resilience to hurricanes and strong winds. In the Wall of Wind Experimental Facility where the civil engineer is a director, the innovation was tested under simulated Category 5 winds.

“We have not had any failures,” he revealed.

According to the FIU Research website, the concrete roofing could withstand winds up to 200 mph.

Note: Top photo not actual concrete roofing. Photyo by CNS photo/Tyler Orsburn.
An earlier version of this has been posted over GineersNow.

1 thought on “To Withstand Hurricanes, Roofs Should Be Concrete and Monolithic”