A Man Has Recited 70,000 of Pi’s Decimal Places from Memory 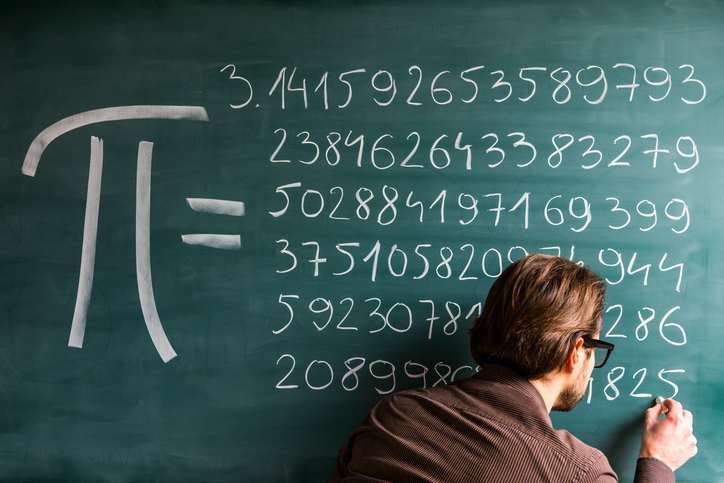 When doing tedious mathematical computations back in engineering school, I use the value of pi, which is defined as the constant that represents the ratio of a circle’s circumference to its diameter, to be  3.14. This was accepted universally in all of my subjects.  Using 3.14159 is already a bit of a stretch to remember since we only solved problems involving pi for approximation.

But for others with incredible memory, pi’s five decimal places is barely a blink of an eye. There are people from all over the world who can recite the value of pi up to thousands of places, and they do it out of sheer delight.

Akira Haraguchi challenged previous title holders in a public event near Tokyo and recorded 100,000 digits. Reports say it took him 16 hours and 30 minutes, but this was not verified by the Guinness World Record.

Rajveer Meena, in the presence of the world record panel, brought the crown back to India after reciting 70,000 decimal places in 2015. He did it blindfolded at the VIT University in Vellore which lasted for nearly 10 hours. As of posting, this is official world’s best for most pi places memorized.

But given the complexity of its digits and without a pattern in the numbers, how do these people do it?

Studies suggest that these memory champions aren’t particularly born with the gift, but it’s more or learning techniques for associating strings of digits with imaginary places or scenes in their minds.

In an interview with Live Science, cognitive psychologist Eric Legge at the University of Alberta in Edmonton, Canada shared that the ability to remember huge numbers of random digits, such as pi, is something they train themselves to do over a long period of time.

Called the method of loci, it is a strategy that involves using spatial visualization to remember information, such as digits, faces, or lists of words. It is also called “memory palace” or “mind palace” technique, something that is employed by BBC’s fictional character Sherlock portrayed by Benedict Cumberbatch.

“It’s one of the more effective, yet complex, memory strategies out there for remembering large sets of information,” Legge said.

Furthermore, this mental technique involves a lot of creativity: you have to create a scenario wherein you will associate information or numbers in various places, then creating a story out of it to make a sequence. Like placing a 14 in the placemat by the door, then 15 on the doorknob, then 92 in front of the door to create 141592, the first six decimal places in pi.

“In order to recall [the digits] in order, all you simply have to do is walk in the same path as you did when you were storing that information,” Legge added. “By doing this, people can remember huge sets of information.”