Home » The Only Engineer Who Became a Philippine President

The Only Engineer Who Became a Philippine President 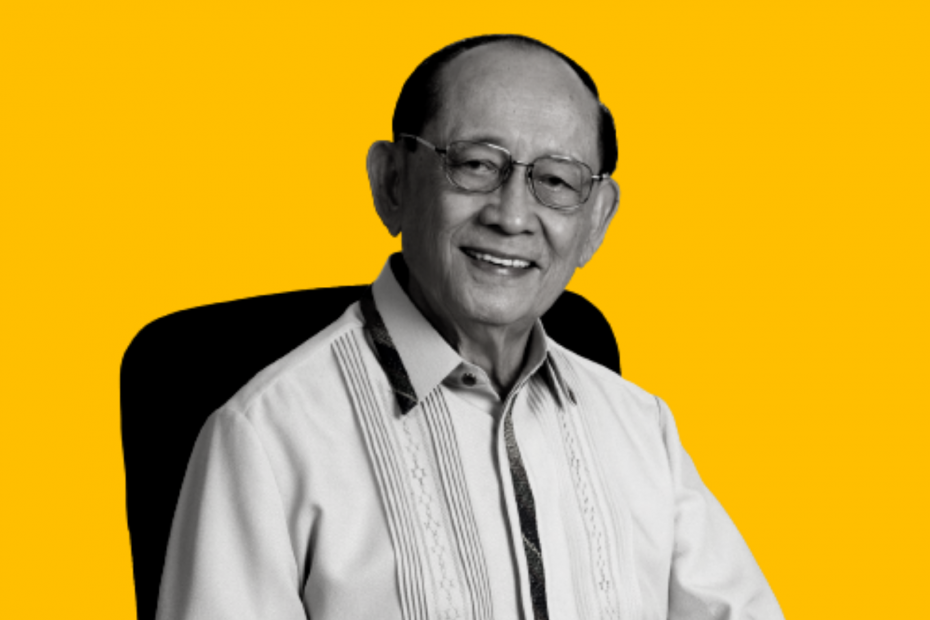 Disclaimer: This is rehashed from an article I wrote in February 2017 for GineersNow. Some parts are added or edited for clarity.

Filipinos recognize Fidel V. Ramos, or FVR, as the 12th President of the Philippine Republic who served from 1992 to 1998. The non-Roman Catholic leader was confronted with key national issues like the communist insurgencies and the Islamic separatist movement in Mindanao, but managed to forward the rapid economic growth early in his term. This fell apart later when a financial crisis hit Asia in 1997.

Before he became the country’s commander-in-chief prior to Corazon Aquino, he was head of the Philippine Constabulary during Ferdinand Marcos’ regime. He was a key implementer of the martial law, but later defected from the government during the 1986 People Power Revolution. FVR led civilian demonstrations putting Marcos into exile.

That is what is mostly written in history books about him. But there is also one thing that people should know about FVR which makes him unique among the Philippine presidents: FVR may not be a lawyer, but he is a licensed civil engineer who was a topnotcher.

Prior to this achievement, FVR joined the Philippine Military Academy as a cadet but didn’t finish as the 18-year-old won a government scholarship to the United States Military Academy in West Point. This was after he passed a series of qualifying examinations which he aced.

A year after graduating in 1950, he grabbed the opportunity to take an engineering course in the US and applied for a government scholarship. He was accepted. FVR received a one-and-a-half-year grant for his Masters of Civil Engineering degree in one of the leading science and technology universities in the US, the University of Illinois.

FVR came back home with his master’s degree and reported to the Armed Forces of the Philippines (AFP). He was assigned to the southern military area in Canlubang, Calamba, Laguna where the Hukbalahap movement was active. It wasn’t long that the Korean War intervened and his battalion combat team was sent to the war zone in Korea in 1952.

His tour of duty was successful, so he came to the country only to be assigned to a star position in General Headquarters, AFP.

Realizing that he wants to be board-certified about his being a civil engineer, FVR reviewed for the board examination. At the time, he was working at Camp Aguinaldo (then Camp Murphy) and had to find all the means to rush to school.

The 25-year-old FVR took the 1953 Civil Engineering Board Examination at the National University in Sampaloc, Manila, only to place 8th overall.

He revealed in a Business Mirror interview that his decision to become an engineer came a little late at 17 years old.

That was after World War II, where many of the Philippines’ buildings were destroyed including the Post Office Building, the Manila Metropolitan Theater, and the Manila City Hall. FVR saw the wreckage and felt the need to help in rebuilding the structures of his beloved country.

“I saw the massive damage when we came back to Manila after liberation sometime in February 1945,” FVR recalls. “And when I was crossing the Pasig River on a pontoon bridge, put up by the American liberation forces because the old Nagtahan Bridge had been blown up, I decided right then and there to become an engineer, in order to help in the reconstruction of the Philippines.”

After he topped the board exam and just as he felt the need to settle down and get married, FVR met a former schoolmate named Amelita Martinez. They got married after six months of courtship.

In the early days of their marriage, FVR decided to enroll at the University of the Philippines College of Law to follow the footsteps of his father, former Ambassador Narciso Ramos, who was a successful lawyer and diplomat. However, this became difficult for the couple that his wife had made him choose.

“But it turned out that going to UP Law in the Ermita district was too much of my newly married status, and so my wife gave me an ultimatum: It’s either me or that law degree that you want so badly,” he says. “So I said, ‘of course I want you,’ and I gave up the law degree.”

Note that six of the Philippine Presidents were bar topnotchers. FVR is one of the non-lawyers, and the only one to receive a distinction of being a board topnotcher.

FVR went on to take two more master’s degree: one in National Security Administration at the National Defense College of the Philippines in 1969, and the other is in Business Administration at the Ateneo de Manila University in 1980. He holds five degrees as doctor of laws honoris causa. To add to that is the books he wrote counting close to 30 while in retirement.

Politics didn’t end for FVR after his term as President, as he was still involved in several influential political organizations.

A little less than two years before the 2010 national elections, he urged voters to elect an engineer for President, if there were any. He hinted during a keynote speech in a Cebu conference that an engineer can better lead the Philippines compared to an economist. He said this without naming names.

“Let’s just say that we need someone who can visualize the whole picture, start and actualize,” FVR shares, referring to the skills inherent to an engineer.

previousWhy Are Asians So Good in Math?
nextWhat Really Happened to Laika, the First Dog in Space?