Home » Failing Twice in Civil Engineering Board Exams: This Message That Opened at the Close

Failing Twice in Civil Engineering Board Exams: This Message That Opened at the Close 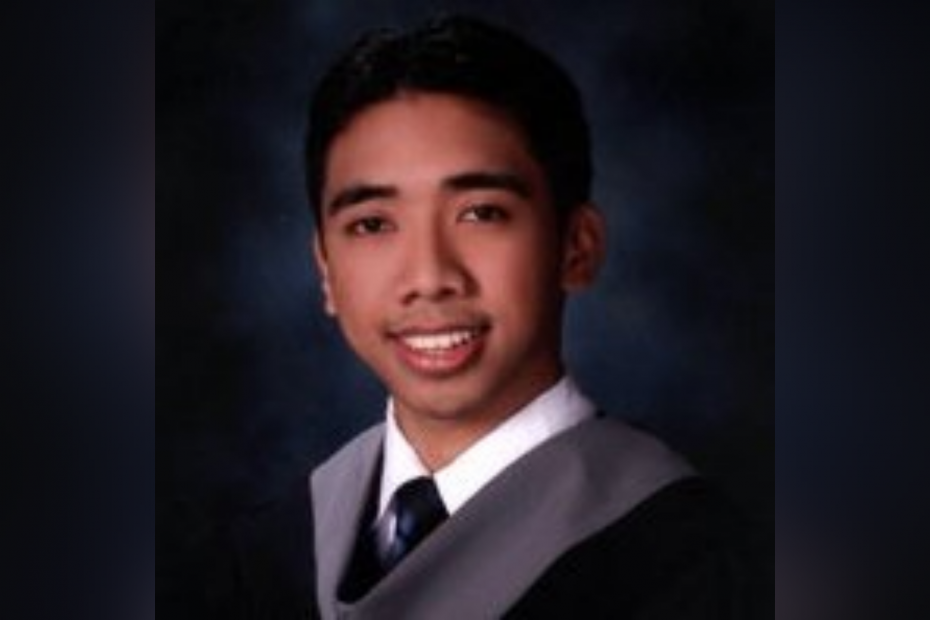 Posted by Engr Dennis Mendoza, originally on his Facebook account as a note on June 2012, reposted here with his permission.

One of the greatest tasks I have ever chanced upon is the honor to write this very article. Fate has chosen me to write this and I have decided to accept it and finally accomplish it now.  For several years, my King has given me challenges, or rather should I coin it failures, to make me fit for this testimonial. Now I am ready for this. This message opened at the close.

(NOTE: “I OPEN AT THE CLOSE” was the engraved message on the golden snitch that Dumbledore has given Harry Potter. It is an instruction to open the snitch where Harry would find the third and final Deathly Hallow: THE RESSURECTION STONE. It means that he would be able to open the snitch if and only if he would realize the fact that he has to die in order to fulfill his mission. The close is his acceptance. But for me this is my close. This is my moment. This is the point of my life that I just wanted to inspire regardless of how people would say. Feel free to judge me, I don’t mind. Harry Potter and the Deathly Hallows is a book written by JK ROWLING; I have borrowed some of her lines without permission but I quoted her for her splendid work. Recognitions are due to her; I don’t deprive her of that.)

I am Dennis Novales Mendoza, a Thomasian Registered Civil Engineer of Batch 2009. I have tested the waters in my first take of Civil Engineering Board exams way back May 2009. According to my Dean, during our one-on-one casual-drinking last January 2011, the Faculty members wished to discourage me to do so. However, they let me stand by my decision. Freedom! But eventually, though with a very stringent but hasty preparation, I failed – for the first try.

During my preparations, I know what I am facing. It is the impossibility of passing it. But constantly, I motivated myself despite the sickness I can’t overcome just yet. Yes, I have triumphed graduating my Bachelor of Science program in Engineering, Major in Civil Engineering. But merely have I recovered from the failures I have stumbled upon while doing it.

In my college days, I am a very depressed person. It is very evident in me. My classmates including my professors noticed it too. But no one dared to help me. Or at least, I never saw those times that help is at hand. It is hard to help a person who doesn’t help himself. And that is the way I existed during those darkest days of my life.

So the May 2009 board exams is but a challenge to make myself better and the stage to recover from the memories that poison my will to go on. Everyday I feed my soul with a mantra saying that everything is a miracle.

I am thanking all the small things I receive; considering them as blessings from the Lord. When I wake up each morning, I thanked Him. I thanked every single smile from my dorm mates by smiling back. I thanked the people who pass my payments to the driver of the jeep. Every single chance I could thank, I grabbed it. I consider everything as miracles during those two months. And the greatest miracle I am hoping for, which I am very much longing to receive, is my Civil Engineer license at the end of May. I had claimed it as I prayed, but fate asked me to be patient, and so did I.

However, though I have accepted the results of my first take, the pain of failing amplified the voices that trigger my depression. It keeps on coming back. But I will not let it get into me without having a good fight! Though it was hard, I tried to refocus to achieve my ultimate goal.

Then I signed up for the November 2009 board exams. Now, I have a purpose: not to just pass but to be a Topnotcher! I didn’t aim for myself solely; but for all those who have been “delayed” like me as well.

I wish to inspire my fellow 6-years, 7-years and even the nth-year-engineering graduates by saying: “We, of course, can also top the board examinations!”

I also wanted to show our professors that we, their students, are all equal after graduation. We are all fully-equipped. Laude’s don’t necessarily have to bag the crown for their own. Anyone, even the repeaters, can do it! Impossible is just – nothing.

But all the same, the fruit of my labor has to wait to its full bloom. I failed – twice in a row.

I have to postpone my third take for a while. I learnt AutoCAD during the supposed review for the next board examinations. Then I had worked as a Property Manager of two subdivisions in Pasig before I finally decided to give it a try again.

(In regular preparations for the Civil Engineering Board Examinations, the first half is the REVIEW classes then followed by the REFRESHER classes. During the REVIEW, selected lessons and possible questions were discussed in a classroom setting. REFRESHER gives the reviewees the feel of answering sets of rigidly chosen questions which might be asked during the actual board exams. Answers to them were eventually discussed afterwards.)

This is not something to boast about, but for so many reasons, I didn’t attend any of the Review nor Refresher classes for my third and hopefully final take. I tried to look over my materials, but I got too much on my plate already that I no longer found the time to prepare back then.

My November 2010 take is just another ordinary two-day examination. It is just like sitting on a quiz back in college. I surrendered to the Lord everything; telling Him, I am ready to claim what I have been praying for. Ready to receive what has been conceived 6 years ago. Most importantly, I am ready for what I have promised that should I pass that board exams, I will go back to UST and tell my story.

I came to the examinations venue with an empty head and a heart full of FAITH.

I memorized no formula for my designs, foundations and hydraulics subjects; just a few stock knowledge in general math. It’s just me and my hope of finally making it.

The ineffable feeling of immense pain of failing both in my succeeding attempts in 2009 was throbbing in my head as I waited for the results of the November 2010 board examinations. Nevertheless, I found the courage to look through the long list of passers when it was released.

I can’t believe it. I finally did it!

And everything flashed back…

My NO to a classmate asking me to look on his paper during a finals exam in 2008… All the evenings with a swamp of tears for a pillow… Me as the class president collecting the graduation fees of my graduating classmates after finding out I won’t be joining the graduation march… My strolls during 2AM at Dapitan to find a computer shop to kill time until dawn after my futile attempts to cram for that day’s quiz… and my prayer during my supposed graduating year: for the long dark nights to end and for me to see the sun rise again and its light to finally shine upon me!

It did come, finally! The fruit has fully-bloomed when the farmer is ready to reap it!

I wasn’t ashamed to gratefully cry hard while telling my parents the good news. That was a very euphoric night. I dashed to tell about it to my friend, Krish, who has been at Korea for his post-graduate program. He replied saying it was very euphoric, indeed. He told me he surely won’t be able to sleep that night. I also sent the good news to all my friends whom are still online. They were very happy for me too.

I fulfilled my promise, of course. I talked in front of B.S. CE Batch 2010, together with the lower batches (CE students), during UST Testimonial of CE Board Passers last December, 2010. I told them everything; and I am hoping my story reach their classmates who failed in that examinations. I told them to share my story to everyone they know. I don’t want to be famous for this, I assured them. They can omit my name from the story. At least, share that there is this UST CE student who never stopped trying. For only in PERSISTENCE and FAITH did he achieve his endeavor. Let this story spread like wild-fire, I hopefully said to them.

My devotion of inspiring people to never quit in achieving dreams has made me think of other ways to reach out my target audience. I kept coming back at Testimonials of lower batches of UST CE with attempts of telling this again. Same goes to my previous boarding house. I kept on telling my story to the reviewees of other board exams. They are Seamen, Nurses, CPA’s, PT’s, Pharmacists, Engineers of different fields and many others. I also kept on finding under-boards in my workplaces. I shared to them my story too.

If one failed N times, get up N+1 times!

Out of the 9 students from UST CE Batch 2009 who took the boards, I am the only one who failed.

Consistently, I passed the first subject and flunk at my least favourite ones.

I decided to play with my strength and computed for my supposed scores to pass. No grades below 50 with an average of 70 to pass. This is close enough to what I visualized and aimed for; having the scores in the 2nd and 3rd subjects switched.

Not for show. This is my license to inspire people. I did it, you can also do it!

I can almost see it that dream I’m dreaming
But there’s a voice inside my head saying: “You’ll never reach it!”
Ain’t about how fast I get there,
Ain’t about what’s waiting on the other side
Keep the faith, keep your faith!

POST SCRIPT/ DISCLAIMER: I must point out that board examinations must not be taken lightly. You need rigorous preparations in order for you to pass them. I am very fortunate to know the questions during my last take. But all the same, I must really thank my CE professors in UST for the training they have given me. It isn’t really pure luck afterall. I just came up with this article to remind everyone to keep on trying. If a board examinee like me with no extra-ordinary talent (very harry potter again, lol!) can make it, why won’t you? For sure, with God’s grace, you can make it because you will do your best to have it.

Hard work plus faith in God for the win!!!